Measuring what Matters: Lessons Learned from Taking Virtual Patients from Research to Impacting Our Lives 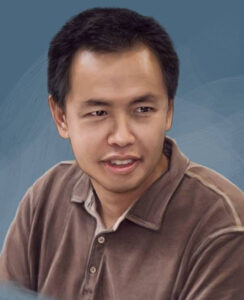 Benjamin Lok is a Professor in the Computer and Information Sciences and Engineering Department at the University of Florida and co-founder of Shadow Health, an education company. Professor Lok’s research focuses on using virtual humans and mixed reality to train communication skills within the areas of virtual environments, human-computer interaction, and computer graphics. Professor Lok received a Ph. D. (2002, advisor: Dr. Frederick P. Brooks, Jr.) and M.S. (1999) from the University of North Carolina at Chapel Hill, and a B.S. in Computer Science (1997) from the University of Tulsa. He did a post-doc fellowship (2003) under Dr. Larry F. Hodges.

Being-in-the-World in the Times of Virtuality: An Art and Science Perspective 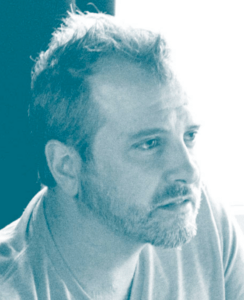 Alvaro Cassinelli is an equilibrist walking the thin line between Art and Science. Born in Uruguay, he obtained an Engineering degree and a Ph.D in Physics in France before moving to Japan where he founded an lead the Meta-Perception group at the Ishikawa-Oku Laboratory, university of Tokyo – a research group specialized on interfaces for enhancing human communication and expression, expanding the vocabulary of HCI and media arts. He is presently Associate Professor and co-founder of the XRL (extended reality laboratory) at the School of Creative Media in Hong Kong. Awards includes the Grand Prize [Art Division] (9th Japan Media Art Festival), Excellence Prize [Entertainment Division] (13th Japan Media Art Festival), Honorary Mention (Ars Electronica), NISSAN Innovative Award (2010), Jury Grand Prize at Laval Virtual (2011). 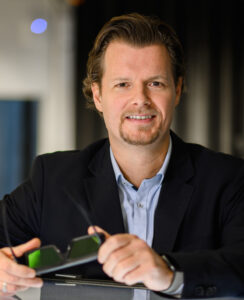 Frank Steinicke is a professor for Human-Computer Interaction at the Department of Informatics at the University of Hamburg. His research is driven by understanding the human perceptual, cognitive and motor abilities and limitations in order to reform the interaction as well as the experience in computer-mediated realities. Frank Steinicke regularly serves as panelist and speaker at major events in the area of virtual reality and human-computer interaction and is on the IPC of various national and international conferences. He serves as the program chair for IEEE VR 2017/2018, which is the most renowned scientific conference in the area of VR/AR. Furthermore, he is a member of the Steering committee of the ACM SUI Symposium and the GI SIG VR/AR, and currently editor of the IEEE Computer Graphics & Applications Department on Spatial Interfaces.

Social XR – The Future of Social Interaction in the New Normal?